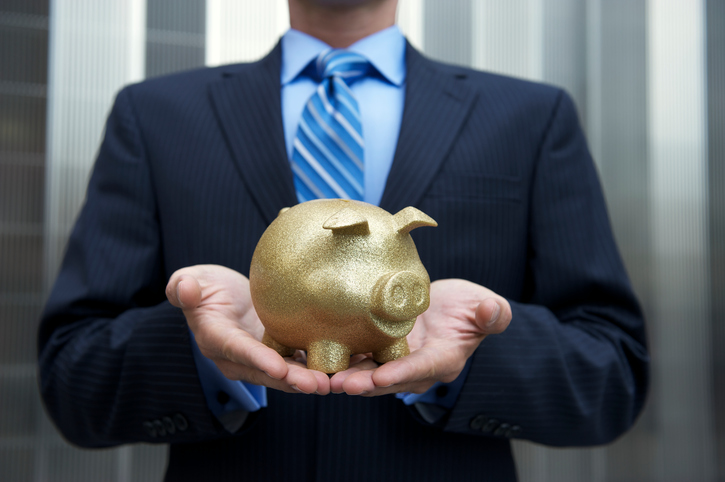 How Incentives work and,
Why sometimes they Don’t!

Employee incentive programs have proven to be one of the greatest ways to motivate individuals; sales people in particular. Introduced and managed correctly, the ‘right’ incentive programme contributes to greater sales success and an improved corporate bottom line. But only if it is the ‘right’ program and, it is managed efficiently.

Sadly, some programs are not as successful as they could be because they fail to fully understand what truly motivates salespeople and drives them to overachieve. Would you like to know why that is and how to ensure the money invested in an incentive campaign, is maximised for success?

The dangling of the proverbial carrot is an ancient art that is understood to be at the heart of human behavior, psychology, motivation, and business. Manufacturers and distributors commonly use this technique with their channel partners to add unique motivational value; often to move specific products or services. The reason this technique has stood the test of time is because, for the most part, it works! Nevertheless, elements of the incentive-technique can be improperly executed. The result? Sales incentive campaigns that under-perform or fail as a result.

The monetary values of incentives are not always the critical factor in motivating sales people to succeed. Take my own example. I was fortunate to work in an industry that provided an unending supply of incentives and awards for overachievement. For me, the money and the goodies were not my primary motivation. My philosophy was simple: “If I could win all the incentives there was to win, I couldn’t help but be at or near the top of my sales-team, every time.” Corporations use incentive programs to drive behavior and I agreed to play the game and conform to their wishes; what gets rewarded, gets done.

The problem, from the corporate investor’s point of view, is that not all salespeople are motivated the same way. Consequently, not all incentive programs work. Why is that? From my experience, I’ll make the following observations:

1) The 80-20 Rule: Twenty percent of the salespeople make eighty percent of the sales and profits. Too often, sales incentives – perhaps in an effort to be fair – are geared to the entire sales force or VAR channel. The risk in a program like this is that the glove that fits everyone, in the end, fits no one. Enlightened marketing strategists know that the top twenty percent are already motivated. Simply put, a strategy that’s geared to light a fire under the next twenty percent – the next logical group – doubles the business in a more cost-efficient manner.

2) The KISS Theory: Salespeople by nature are like electricity. They naturally take the path of least resistance. That’s not to say they are lazy or untoward. In fact, just the opposite. Good salespeople look to simplicity to make things happen.
Often, incentive programs fail miserably because of innate complexities either in their recording and reporting-systems or in how rewards are won. If you put the salesperson in a position where they are forced to assess “To get this, I first must sell this, plus these, and not these, and they must include these,” you are creating a recipe for confusion, sales frustration and failure. In the end, the incentive program becomes a disincentive!

The remedy? Companies must keep the program sweet, simple and attainable. There can be no ambiguity. Anything less will result in a lack of interest, as well as a waste of time and money that can sometimes spill over into other departments whose task it is to administer and account.

3) Education: Edison may have invented the light bulb, but it never went anywhere until a salesman understood its benefits and made the first sale… and probably sold a lamp to go with it!

Incentive programs don’t just sell themselves. Too often, expensive motivational programs are overlooked in the field because reps either don’t understand their value and/or are unsure how to sell them. Many times, good campaigns are written off as having missed the target, when in reality, they just weren’t rolled out and managed properly.

4) Competition: Everyone’s heard the expression, “Timing is Everything!” This is particularly important advice for the successful incentive program planner. Marketing execs can’t know when every competitive incentive program will rear its aggressive head, but they can take strides to ensure their program is given first look.

Any successful salesperson will tell you, “Most sales are made because of due diligence on the front end.” Simply put, the better the preparation, the more likely the sale. The same can be said for incentive initiatives. Real incentive programs, like new movie releases, are something to be anticipated. The right amount of promotion ensures greater acceptance and interest that often usurps focus on competing programs.

5) Reward: Any reward-value can become an unmotivated, anticlimactic activity if the time span between winning and getting, is too long. Successful incentive programs reward immediately! As a rule, the faster the reward is delivered, the greater the enthusiasm for the program.

Although on some levels, salespeople are a complex breed, when it comes to incentives, they are – for the most part – quite predictable. Their nature is to react to excitement or challenge faster then most, and then move on. One way to maximize their natural bent and ensure greater program success is simply to cater to their natural motivators. “Get them their stuff QUICKLY!”

6) Recognition: At the risk of making salespeople appear shallow or monolithic (they are not), recognition amongst their peers is still the quintessential motivator, whether there’s an incentive program or not.
The rule again, is, there is no such thing as too much recognition! Salespeople by nature gravitate to the limelight much like other performers, and so there should be no shortage of achievement and overachievement recognitions that find their way – in a timely manner – to the public’s eye.

Psychological studies have shown that the pursuit-of-recognition, in itself, can make the difference in targeting that critical second twenty percent on the sales achievement ladder. Experts agree that successful sales teams find motivation in their own champions. Publicly beatifying the sales leaders instills excitement and a definable hierarchy that beckons all players to become a member.

Another fact that is frequently overlooked is that recognition, whether part of an campaign or not, is the least expensive means of motivation. In many cases, it is free! Simply shaking the hand of the president in front of the company, is often all it takes to galvanize the need to overachieve.

The Bottom Line: Corporations, manufacturers and distributors must take greater care when designing motivational incentive programs. Take a page out of the ‘Sales 101’ book that says, “Find out what they want, then, give it to them!” But make sure to keep it simple, keep it clear, promote it properly, reward immediately, don’t try to target everybody, and, recognize, recognize… RECOGNIZE!

Paul Shearstone MACP, NLP/CCP, is a recognized expert on Sales and Persuasion. He is an International Speaker, Certified Coaching Practitioner, Psychotherapeutic Counsellor and Amazon #1 Best Selling Author of several books including, “3X Sales Success! How to move your team to the top 1%” and “Up Your Income! Solution Selling for Profitability”. www.success150.com paul@success150.com