The Virtual Office & the Death of the Salesman 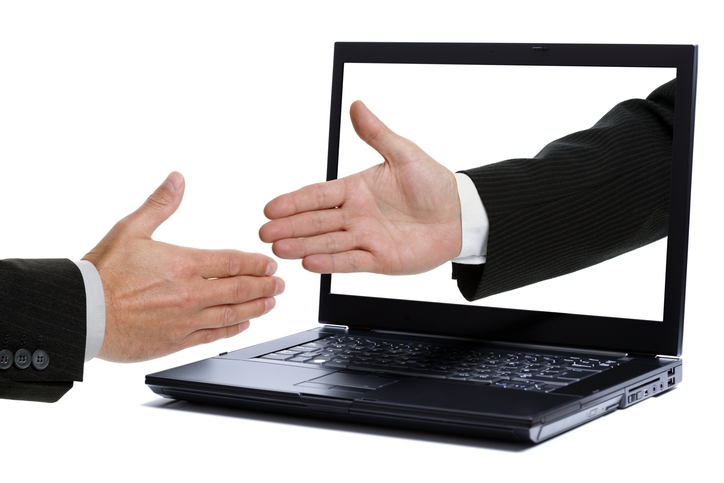 The methodology of elite salespeople is focused at a higher level. They gravitate more toward the natural laws of human interaction and psychology – the esoteric – the essence for which the Rules of Selling were written and in which they find credibility. Their delivery appears effortless albeit transparently deliberate. What they do and the success they achieve is not by accident! … Paul Shearstone, 2003

Few who have made a success in sales would argue that the discipline of selling is both an art and science and it follows many of the same verbal /conversational rules established within other respected professional disciplines such as psychology or the legal field.

For example, you can call it an “Open-ended Question” or an “Indirect Probe”; it really makes no difference. The psychological strategy and import are the same whether it is used in conversation with a person lying on a couch, sitting next to a judge or someone you would like to sell something to behind a corporate desk. It is a time-tested, strategic and proven verbal technique that is used to allow another person the latitude to say what is on their mind. Moreover, it is a technique that must be learned and that is the core catalyst contributing to the demise of today’s professional salesperson.

Psychologists, psychiatrists and lawyers need not worry about this phenomenon because none of them are allowed to practice their profession until they have spent years in university learning and honing their craft until the day they are licenced and hit the street, fully prepared.  (Or so one would hope!)

The discipline of Selling, on the other hand, is the only Profession that allows anyone with guts to pick up a bag on day one, with no selling experience and “Haveatit!”  Sink or swim, you learn on the Job.

As one might expect, the mortality rate is quite high; higher than most other professions.  That is a fact. It has always been that way. The problem, however, is that the mortality rate, especially over the last decade and a half, is now alarmingly high. The reason?  The rise of the virtual office.

Years ago, the bullpen of almost any sales force, regardless of the industry or product, comprised new sellers and experienced sellers who had tenure, but they also had one other very important ingredient – successful sales journeymen… Mentors!

Anyone could argue that good selling courses and training are the key ingredients to producing new professional salespeople.  Although this may shock you coming from a guy who trains successful salespeople, from where I stand, they’d be right, but they’d be more wrong than right.

I have written many times before that I’ll never forget the mentors in my sales career who took me under their wing and showed me the way to sell. In a couple of cases, they saved my career. It is my belief that the training and expertise that is handed down one-to-one, by working in the field in real time in front of a customer, cannot be overvalued.  In fact, I would go so far as to say, it is integral to reducing the sales mortality rate which in turn would save companies and industries millions of dollars in wasted training and turnover.

The sad reality is the virtual office paradigm is not equipped to satisfy this basic and essential requirement for a new seller. They need leadership, the kind of leadership that can only be found by spending time with the unquestionably successful. [Insert the ‘teach a man to fish’ story here].

Too often new sellers are left to their own devices to try and implement a newly-learned sales technique (without the benefit of seeing it first used successfully by a proven professional) at a time where they inevitably pay the ultimate price, by losing the sale!

More tragically, what often results is they typically abandon what they have been taught in an expensive sales course, believing its all bunk and then they psychologically flounder on a path of unproductive trial and error. The sad reality is they spend the remaining time the company is prepared to give them, in a slow, predictable and unsuccessful slide, convinced that sending out emails all day to potential customers from the comfort of their Virtual Office, will somehow garner the results they seek. But instead they experience devastating results.

So, what’s the answer? Well, it’s not that mysterious.

Business owners and sales management must embrace the fact that along with on-going focused sales training and development, there is a second part of moulding newcomers to sales which can only be achieved through mentorship.

I don’t mean to be glib but if the Mafia and drug cartels see the value in training their recruits on the street in real life situations to learn the business, can we in our profession not see the correlation in supporting our inexperienced sellers?

A “glass-half-empty” person might be quick to point out that successful sellers are too busy to take on a new recruit or there is no personal benefit for them to help someone else.

Well, from my three-plus decades experience in sales, sales management as well as training, they would be proven completely wrong! The fact is, I have lived and witnessed both sides of the fence.

And as far as what’s in it for them, they never kid themselves by thinking they did it all on their own. Like me, they know that there were times when a mentor came to their aid and said something like, “C’mere rookie …Let me show you how it’s done!”

They recognise too that with success comes responsibility. I can tell you first hand, having mentored many young (and by the way, now successful) sellers – there is no greater joy in sales than watching a young seller get a first sale and taking pride in the fact that you have successfully passed on your skill and expertise for their benefit, as well as that of the company and your profession.

The move to Virtual Offices, although more efficient on many levels, still pays short shrift to the overwhelming needs of new sellers to learn their craft from those who are inarguable professionals. Selling is both an art as well as a science that is best learned by watching and mirroring the truly successful. Where it takes place is in the presence of a mentor and often in front of a customer … not in a Virtual Office.