Why not live vicariously through Yourself? 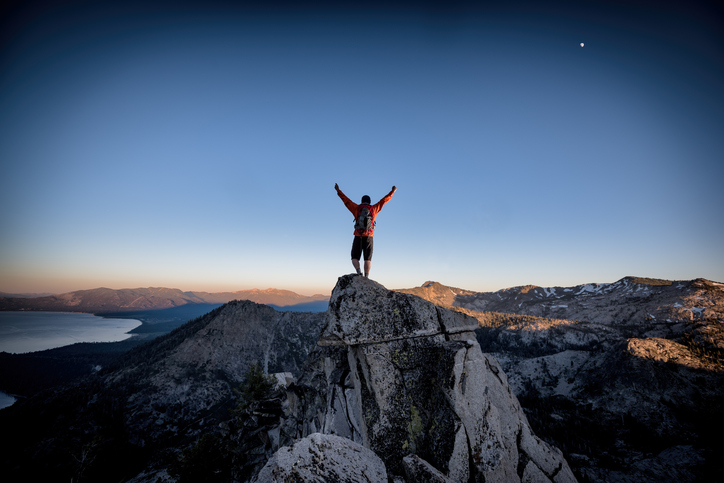 Reality programming still appears to be all the rage today. It started with shows like Survivor, Sex & the City, Desperate Housewives and The Amazing Race, et al. They’ve all been on all the major networks. It seems we can’t get enough of it. Why do you think that is?

Reality programming serves as a medium for many people to live vicariously through others. Who among us has not watched an episode of Survivor and said, “I think I could win that game!” Moreover, how many women or interior designers have giggled at what those ‘liberated gals’ on Sex and the City said… and seemingly got away with. Ooooh! They’re so hip and they all appear to have it sooo together. [Insert reality groan here.]

On a basic human level, every one of us share similar motivations. For example, we all – for the most part –  would like to be successful. It’s a common belief that if we can achieve Success, we can achieve Happiness. With success and happiness, we can achieve ‘Anything’. Great words! Other words conceivably more apropos to this are, Blah-Blah-Blah!

Despite how we might prevail in a Survivor immunity challenge or whether Jessica Parker’s antics were real, are in the end, moot. What is real is our basic human desire to feel like a winner [Successful] even if it’s done artificially or vicariously through others. No one is suggesting that this is all bad, just simply a fact.

Most people, not unlike most Companies,

How many parents Say to their children that drinking and driving is totally unacceptable? Nevertheless, on the odd occasion, the same parents Do drink and drive because they Think that – at least under those rare circumstances – their actions can be justified? After all, they weren’t that dangerous….were they? And they did get home safe. So thankfully, that is/was okay.

How many companies have mission statements in their foyer that Say, “Customers First”, and Think everything they do corporately, is customer-focused, but make a practice of Doing everything and anything possible to please shareholders? Sycophants yes! But to whom?

Most people are driven by their own insecurity.

One need not be a psychotherapist to understand the challenges people face with their own private demons. Smokers know cigarettes are bad, want to quit, but Do the opposite. They’ll make a point, however, to purchase the Patch or Nicorette gum knowing it probably won’t work but remain satisfied that publicly, they exude the ‘appearance’ of doing the right thing – if only to themselves. Food for others engenders similar activity. Diet in public – gorge in private. We could go on.

We could also acknowledge the fact that for many, insecurity can illicit positive results

Fear is an excellent, universal motivator. It puts the brakes on for some and lights a fire under others. An example might be Donald Trump. He ‘legitimately’ bills himself as an extraordinarily successful businessman while at the same time bankrupting nearly all his past casino operations – negatively affecting countless hardworking individuals. One cannot argue his talent or success, and still be acutely aware of how tenuous his day-to-day circumstances really are – especially now he is the President of the United States. At any time, his house of cards could crumble. The emperor would then have no clothes. Suffice to speculate, insecurity may make the Donald run.

More importantly, it also may make people like the Donald excel. Why?

The flip-side to people out-of-sync with internal Thoughts, Beliefs and Actions, are often individuals instinctively aware of their own shortcomings and potential. They accept the fact that no one is without limitations and the amazing thing is, that does not faze them. In some cases, it actually Motivates them. Saying to individuals like these, “You’ll never make it!” or, “You don’t have what it takes!” provides the spark that immediately lights the fuse, emboldening in them a passion and desire to succeed – ignoring any limitations – to prove you wrong.

So many high-achievers answer the question, “Why did you do it?” with, “Because they said I couldn’t!”

The important lesson here is it demonstrates, without question, the possibility for any of us to change the way we Think. This in turn, dramatically influences what we Do or to be more precise, bring what we Do more in line with what we Say and Think.

By living vicariously through one’s self is simply a process for balancing-out the three human behavioral factors that govern who we really are and where we’re likely headed. We learn to re-evaluate and buy into our own situations and potential. Most people find the delta between what we Think and what we Say are closer than what we actually Do. In a way, that is good news because it clearly demonstrates we are two-thirds the way there. The more in sync thoughts and talk become, the stronger the motivation to follow through with actions in keeping with what we Say and Think.

The outcome for individuals who live vicariously through themselves is greater focus, success and accomplishment. In so doing, they paradoxically become the icon for the less successful, to live Vicariously through.