Your Life and Prosperity are in your Reputation! 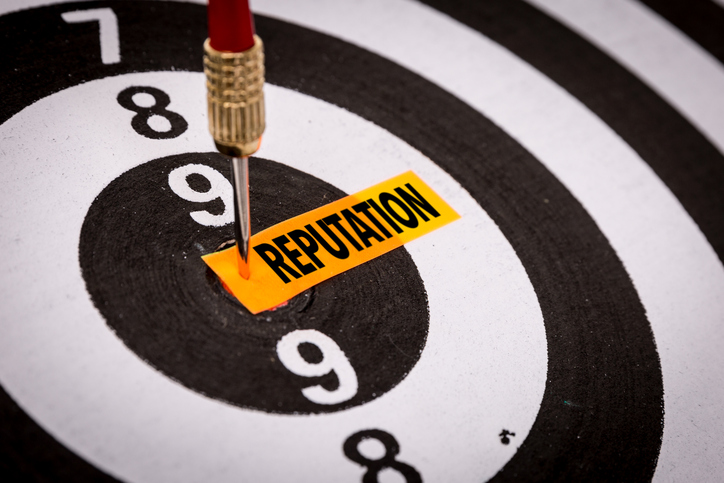 “Your good name and your reputation are EVERYTHING! … Protect them at all costs!” my father used to say to me when I was a lad.

Even at a young age, I knew there was something important in what my dad was trying to tell me. It was not hard to understand that if Billy Smith or Bobby Jones did something wrong and wound up in the paper they’d enjoy certain anonymity due mostly to the commonality of their names. My family name, however, was quite rare and my father never let me forget the fact that if my name appeared in the paper, 1) everyone would know who I was and 2) my misdeeds would bring dishonor not only to me but especially my family.

Not surprisingly, this lesson had a positive impact on my life both back then at the age when boys are more likely to get themselves into trouble and still today as I navigate my way through more contemporary challenges having accepted the fact [albeit reluctantly] I am now more than middle-aged. ☹

Sadly, too many in today’s society were not given the mentoring lessons I was, as evidenced by an almost epidemic number unhappy souls who may have been led astray that started long ago with things like the 1960’s mantra, “Tell it like it is!” and/or the 1980’s, “If it feels good, Just do it!”

Now before anybody gets the impression I think I’m a candidate for beatification, I’ll admit I’m far from it. One need only look at my amply stocked skeleton closet for proof. The point I would try to emphasize, however, is without the training I received from my parents, I could easily have taken a very different and perhaps more destructive path in life than the one I chose.

I guess what I’m trying to say is, “Thanks, mom and dad, for the lessons you taught me.”

That said, would it be too ‘old-aged’ of me to point out the youth today [here it comes] don’t appear to be getting the same life-skills training that possibly we enjoyed in our developmental years?  You may think me a little paranoid but as the paranoid guy once said, “Just because I’m paranoid does not mean I’m not being followed!”

Before I get off onto a rant, my issue in this article is not with the young people so much as it is in pointing out the potential ramifications a lack of fundamental training can have in the future when we look, for example, at a generation like mine that, at least in my opinion, received more social training than today’s up-and-comers.

What I would rather focus on, is the positive aspects of following an accepted benevolent social protocol, which, among other things, finds bedrock in the importance of one’s reputation and good name.

Never was this lesson made clearer to me than a number of years ago at a Christmas gala in Montreal where some 2000+ bigwigs in the oil business had gathered. My father, a vice president of shipping at the time, had spent all his working life in the oil business – a business that at the best of times had its fair share of shall we say, ‘liberal ethics-interpreters’. Suffice to say it was a bit of a cutthroat industry.

Throughout the night I was introduced to some of the biggest and most influential names in the oil business who had dealings with my father and his company.

One by one and without exception each executive said pretty much the same thing to me: “Your old man, here, is the most honest man I know! He’s the only guy in the whole damn industry who if he gives you his word or a handshake, you can take it to the bank cause it’s as good as an ironclad contract!”

I was somewhat surprised but very proud, especially because I knew the smallest deals my dad did were in the seven-figure category.

Sometimes we learn from our parents, not by what they say, but rather by watching what they do.

More often, however, we learn most by studying history. For example;

During China’s War of the Three Kingdoms (A.D. 207-265) the great General Chuko Liang, sent his vast army to a distant camp while he rested in a small town with only a hundred soldiers to guard him. Soon word came that his enemy Sima Yi, along with over 150,000 troops were approaching the city. With only a handful of men of his own, General Liang’s fate seemed imminent.

The two Generals had battled many times before and knew each other well. Both were great warriors, but Liang was known as the Sleeping Dragon and had a reputation for being unpredictable and extremely cunning. He had won many battles by luring enemies into traps.

With word of the approaching army and ridiculously outnumbered, Liang ordered his men to quickly take down all flags, remove their uniforms and hide. He then put on a Taoist robe and sat atop the most visible part of the city wall where he lit incense, strummed his lute and began to chant – and wait.

Soon Sima Yi, accompanied by his 150,000 soldiers, stood at the city gates where they instantly recognized the man on the wall.

Despite the fact his troops were itching to invade what appeared to be an unguarded city, Sima Yi, hesitated, held them back, and studied Liang on the wall. Then … he ordered an immediate and speedy retreat!

At the mercy of his enemy, facing certain death, General Liang had only one weapon at his disposal; his name and reputation.

The lesson here, like so many rules for success and prosperity, lies in the fundamental understanding and wisdom no doubt passed down by my grandfather to my father who in turn passed on to me, “Your good name and your reputation are EVERYTHING! … Protect them at all costs!”

And as history’s General Chuko Liang so adroitly demonstrated – protect your name and reputation… and just maybe one day they’ll return the favor!

Paul Shearstone MACP, NLP/CCP, is a recognized expert on Sales and Persuasion. He is an International Speaker, Certified Coaching & NLP Practitioner, Psychotherapeutic Counsellor and Author of several books including, “Up Your Income! Solution Selling for Profitability”. www.success150.com paul@success150.com