Dignity – Salesmanship and the Beatle-card Close! 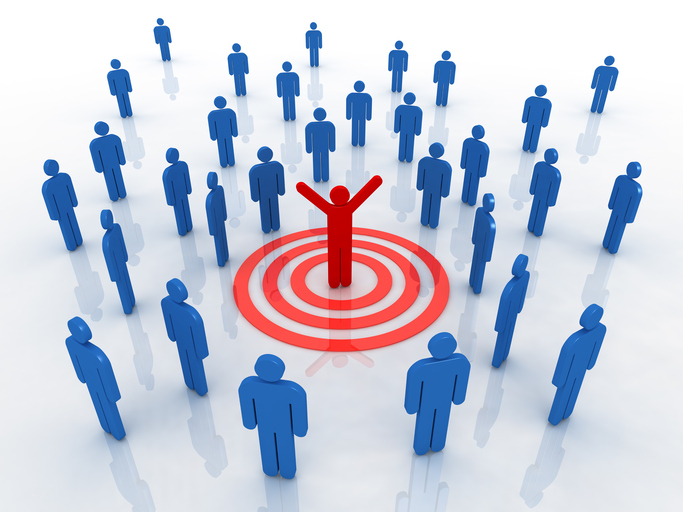 The competitive genre of salesmanship is based on a brotherhood that honors its members with respect, who, in turn, owe each other, uncompromising loyalty.”  …Paul Shearstone 1997

Over the last few decades, I have watched as simple things like common courtesy and respect – the rules that govern basic human interaction – have deteriorated to levels the last generation would not have believed. Unfortunately, today we live in a world that makes icons of the Howard Sterns and Beavis and Butt-Heads, who in turn, lead the unfulfilled and misinformed, further astray.

Henry David Thoreau said that most people, “live lives of quiet desperation.” He said that, when they look in the mirror, they don’t like what they see. And sadly, that is how too many individuals subsist.

There is no clearer evidence, than in the way more and more salespeople are treated in business today. Professional sellers must be ever on guard for the fall-out from those who have lost respect for themselves and lack the moral grounding required to treat others with respect – especially the vulnerable.

The fact is, salespeople put their livelihoods, their dignity and their self-respect on the line, every time they meet a new customer. Salespeople are targets for those, bereft of civility, living unfulfilled existences. For these people the salesperson is someone to be taken advantage of, if only to justify inner feelings of inadequacy. Nothing illustrates this better than my experience with Beatle-cards.

Many years ago, a very inexperienced young salesman in my twenties, I finally got an appointment with a customer with whom I’d been trying to meet for some time. The meeting was to take place the following Tuesday morning at 10:00am.

I arrived 10 minutes early, gave the receptionist my card, confirmed that I had an appointment with the owner and took my seat in a little waiting area outside his office.

Five minutes later, in walked another young salesman who went through the same routine. He handed the secretary his card and my ears perked up when I overheard him say that he also had a ten o’clock appointment with my customer. I listened carefully for the name of his company. Oh Great! I said to myself. He represented my biggest competitor. I got an uneasy feeling that something wasn’t right.

As I sat there, wondering if the customer had just made an error in scheduling, the other salesman sat down in the chair next to me. He too, appeared a little uncomfortable. I assumed he must have seen my card on the secretary’s desk. For the next five minutes, I calmed myself with the belief there had been a simple scheduling error and my customer would be embarrassed to find he had double booked two competitors. …Was I ever wrong about that!

At precisely ten o’clock, the owner’s door opened and out emerged a large man who greeted both of us with a smile and said, “Gentlemen, you are here and on time. Please, [he gestured toward his private office] won’t you both come in?”

I was in shock. I glanced at the other salesman to see he was looking at me with the same surprised stare. “Please!” the customer beckoned again, motioning to his office door and smiling even more. Something here was definitely not right, I thought, trying not to show my discomfort as I sat down in a chair in front of the owner’s desk.

The customer, still smiling, took his seat, handed both of us his business card, and said, “Gentlemen, I’ll cut right to the chase. You both want my business, don’t you?” We hesitated a little, looked at each other and then said somewhat simultaneously, Yes, yes, we want your business.

“Good!” said the customer. “Then, he said, continuing, [as he opened his hands wide over his desk like some benevolent deity] COMPETE FOR IT!” ………We sat there stunned for a moment until he said, “Go ahead and say what ever you want! COMPETE FOR MY BUSINESS!”

There were few times in my life when I suffered from a lack of confidence. To date, I had never experienced a situation that confused me so badly that it left me unable to speak. That was, of course, until then. When again he said, with his disturbing smile, “COMPETE FOR MY BUSINESS!” I turned speechlessly toward my competitor for some kind of clarification about the surreal situation in which we found ourselves.

To my surprise, he had already summed up the ‘task-at-hand’, which included the fact that I hadn’t, and, off he went! For the next five minutes, I sat there amazed, listening to the young salesman run-down my company, vilify my products. He likened me to a rip-off-artist. I couldn’t believe what I was hearing or the fact that the more caustic the allegations directed my way, the more the customer stared at me and smiled. He was getting a real kick out of this, I thought. This for him was entertainment!

Eventually, the salesman stopped talking and it was my turn to speak.

The customer looked at me and in a patronizing tone, said, “Paul, don’t you have anything to say?” And that’s when I suddenly became very calm and in control for the first time.

“Yes, I do have something to say Mr. Customer. But, since I didn’t interrupt my friend here, I’d like to say what I have to say, without interruptions also. “Not a problem!” said the customer with a look that suggested he was thinking, “Oh Boy!…Now the fur is really going to fly!”

And so, I began. When I was a boy, Mr. Customer, I grew up in a relatively poor family. I’m not saying we went without food, but my four sisters and I rarely had money for anything other than what was absolutely needed by the family for basic survival.

In the 1960’s, I was quite young and if you recall back then, the Beatles were very big. They had just come from England to North America and kids everywhere wanted anything and everything to do with the Beatles. There were Beatle-hats, Beatle-wigs, Beatle-boots, Beatle-sunglasses and, for the younger kids like me, there were Beatle-cards. All my friends had Beatle-card collections, but I didn’t. My parents were more concerned about putting food on the table, than Beatle-cards. But that didn’t stop my sisters and me from wanting Beatle-cards – badly!

[At this point, the customer was quite confused, but he allowed me to continue].

Down the street from us lived three kids. By our standards, their parents had lots of money. So, the kids had almost every Beatle item there was to have – Beatle-hats, wigs, boots, sunglasses and they had Beatle-Cards. In fact, they had so many Beatle-cards, the cards had lost their value.

Knowing that my family couldn’t afford Beatle-cards, those kids used to stand on our veranda – throw Beatle-cards on our lawn – and watch and laugh as my sisters and I fought each other for them. They would throw cards and laugh to see us scurry like rats to get something they knew we couldn’t afford. We knew what we were doing was wrong, but we were young, and we really wanted those cards badly, because they also represented a degree of ‘coolness’ my sisters and I didn’t have.

In an effort to grab yet another precious Beatle-card that landed on the lawn near the street, I remember pushing my five-year-old sister to the ground, so hard, that she rolled off our grass – nearly into the traffic! As she lay there crying, I suddenly thought, What am I doing? I turned to look at those kids – who at this point, were on the porch laughing – Laughing at my family and me. This, for them was entertainment.

Mr. Customer, [I said through clenched teeth and slowly raising my voice] although I was only nine years old at the time, I made a pact with myself, right then and there – “I WILL NEVER LET ANYBODY – DO THIS TO ME AGAIN!”

At which point, I stood and said, I do want your business, Mr. Customer. I then threw his business card, disdainfully, on his desk and said, BUT I DON’T STOOP FOR BEATLE-CARDS ANYMORE!

I turned, glared at the other salesman and made my way to the door. I know I took everyone by surprise, including myself, and I also knew the other salesman thought that by my leaving, he was sure to get the sale. I saw him grinning. I didn’t care, he could have the deal – I had my self-respect!

When I got to the door, I heard the customer shout, “Paul wait!” I stood motionless for a couple of seconds, my hand still grasping the handle. I wanted so badly to leave. “Paul please come back!” he beckoned, with a definite note of desperation in his voice. My heart still said, Go but my training began to kick in. I asked myself, What am I? – I am a salesman. What’s my job? – To sell. Did I have quota, yet? – No… not yet.

As I turned around, the customer barked at the other salesman. “YOU!” he said. “GET OUT!” The young man was flabbergasted [he thought he had won!] When he protested, the customer shouted even louder, “I said, GET THE HELL OUT!” He then, in a soft tone, spoke sympathetically “Paul, please!” as he hand-gestured me back to my seat.

Over the next few minutes, I lectured him for his unprofessional behavior – and he let me. I likened what took place to someone who would go to a 25-cent carnival to see a poor, down-on-his-luck geek chew the head off a chicken for money, to feed his starving children! – and he sat there and took it because he knew he had earned it.

So, what was the upside? Well, I maintained my self respect and I believe we, the customer, the other salesman and I, learned a valuable lesson about respecting others that day. Oh, and another thing. I did sign a deal before I left his office … there was no argument over price.

* The Beatle-card story is from Paul’s book: ‘Up Your Income! Solution Selling for Profitability’

Paul Shearstone MACP, NLP/CCP, is a recognized expert on Sales and Persuasion. He is an International Speaker, Certified Coaching Practitioner, Psychotherapeutic Counsellor and Author of several books including, “Up Your Income! Solution Selling for Profitability”. www.success150.com paul@success150.com